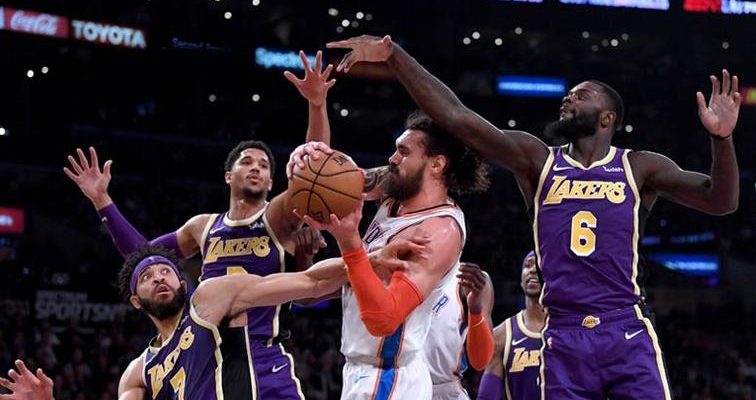 With a little over six weeks left until the playoffs, the Los Angeles Clippers are steadily climbing up the ladder in the Western Conference while the Los Angeles Lakers struggle to gain ground. 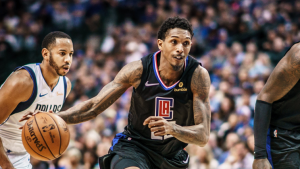 Winning against the Dallas Mavericks on Monday, 121-112, the Clippers rose to seventh place, putting them in a position no one thought they would be in after trading lead scorer and rebounder Tobias Harris to the Philadelphia 79ers.

In the last two trade deadlines, head coach Doc Rivers put their top scorers Blake Griffin and Harris on the market in order to maximize their chances of landing a star in free agency. Though doing so would generally crush a team’s chances of making the postseason, this decision has placed them half a game behind sixth place and one full game ahead of eighth.

“Youth is not an excuse,” Rivers said, referring to his decision to place newly acquired players Shai Gilgeous-Alexander (20), Landry Shamet (21), and Ivica Zubac (21) in the starting lineup.

And his team agrees. Veteran players say that making the playoffs will hold even more value now since the younger players on the roster will be exposed to playoff-level intensity early in their careers.

Led by point guard Lou Williams, who, despite suffering a hamstring injury last December, has been averaging 19.9 points this season, the Clippers are one winning game away to securing their spot in the playoffs. 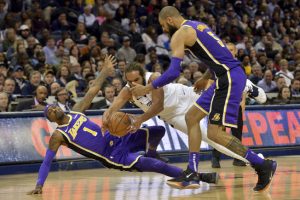 When the Lakers triumphed over the Houston Rockets last Thursday, 111-106, critics admitted that a spot in the playoffs could be attainable for the team after all. However, with their recent losses to the New Orleans Pelicans, 115-128, and the Memphis Grizzlies, 105-110, the road to playoffs is looking direr than ever.

The Lakers are tied in 10th place with the Minnesota Timberwolves with a record of 29-31, sitting three games behind the San Antonio Spurs, who are in eighth place. Although there are still 22 games left before the postseason, chances are not looking up as the Lakers hold one of the toughest remaining schedules in the league. They have yet to face the Milwaukee Bucks, the best team in the league, and are scheduled to play the Toronto Raptors, the second best team in the league one more time, as well as the Golden State Warriors, the leading team in the Western Conference.

In addition to the tough schedule, last month’s trade talks where nearly every non-LeBron name on the Lakers’ roster was rumored to be on the table in exchange for Anthony Davis from the Pelicans, has left the team in shambles as tension has risen amongst the younger players. Although Lebron James has returned to the court, the team’s starting point guard, Lonzo Ball is still out with a sprained ankle. If the Lakers want to make the playoffs this season, a change needs to occur and fast. 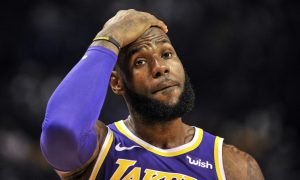 In the game against the Warriors in December, James suffered a groin injury, causing him to miss 17 consecutive games. Since returning to the lineup this month, he is averaging a triple double but will need to ramp up his skills even more if he wants his team to continue onto the postseason.

The last time James missed the playoffs was in 2005, his second season in the league. He has since made 13 consecutive playoff appearances, nine in which he led his team to the Finals. Last year, he set a record by accounting for nearly a third of the Cleveland Cavaliers’ box-score statistics: points, rebounds, assists, steals, and blocked shots.

James has the forcefulness to carry a team on his back, but having to do so for seven weeks is a challenge. It has already been shown that he is not performing at peak quality as he shot 8-for-23 while committing five turnovers in the game against the Grizzlies. His game intensity may have been “activated,” but his leadership on the court is severely lacking and may result in the worst season of his career.

Unless the Lakers go 15-7 for the remaining games, James will be missing the playoffs for the first time in 14 years. On the other hand, despite trading most of their top veteran players this season, the Clippers are one win away from locking in their spot in the postseason, a position the Lakers could only dream of being in.

This site uses Akismet to reduce spam. Learn how your comment data is processed.