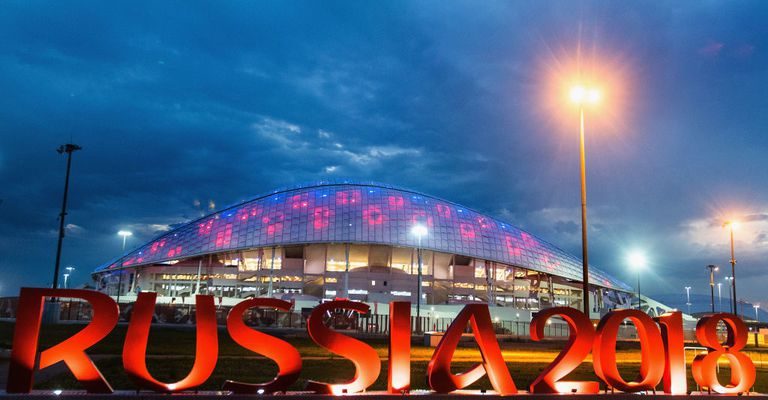 One of the world’s biggest sports, football soccer, along with the world’s most watched games, The World Cup is here this summer. The World Cup is a worldwide soccer match that is held every four years between 32 nations. This year, it will begin on June 14, and will take place in Russia. There will be 12 stadiums in 11 cities, and it’s the first time the World Cup has ever been hosted in Eastern Asia. Here’s the catch though- the US isn’t going to be a part of it. In fact, it seems like many of the biggest nations won’t be- including the Netherlands and Italy. So what does this mean for everyone else that are competing? There are plenty of factors that will merge to make this one of the most exciting competition yet, ranging from the weather to potential winners.

Weather has always been a highly controversial topic for Russia. It’s caused definite problems in the past, and serves as an aspect that many are wary of whenever a large event takes place in Russia. For the World Cup this year, however, it seems that players will face a combination of weather patterns, including hot and dry days and raging thunderstorms. The city that is predicted to be the hottest is Volgograd, although all cities are expected to be quite warm and to have a significant amount of rain. There is also concern circling how weather will play a part in fairness- Russian players will be accustomed to the heat and rain, but how will everyone else be affected? Why The US Isn’t Playing

So this is the big question of the World Cup. Why exactly is the US not in the World Cup? This has shocked quite a lot of soccer fans, and many are scrambling for answers. Well, for one, the US was wobbly from the start. Their poor performance at the two-year qualification match left their outcome to be determined by the performance of other teams. Furthermore, the US’s poor performance allowed other countries, like Panama, to pull themselves up.

The problem also roots from the beginning- the youth that are interested in soccer are often unable to participate or build on their skills because soccer clubs are expensive. Therefore much of the youth lack the practice they need, and in the long run, there are less adequate players. Together, these problems collectively expose the flaws in the US soccer culture. Even More to See

The US’s unavailability in the World Cup hasn’t done much to dampen the spirit of fans, however. In fact, with all the new countries swarming in this year, spectators have never been more fascinated. In addition, because powerful teams like the US and Italy are not playing this year, it keeps everyone on their toes. In most years, the finalists tend to be quite easy to predict, but with all the fresh faces this year, the list of winners is up in the air. Many are expecting Germany, Argentina, Brazil, France, or Spain to take the winning title home, however.

If any two countries tie, the decision will be made by adding an extra thirty minutes to the game, and if they’re still tied, then by the penalty shoot-out method, Regardless of who will be in the finalists, those who will win will obtain a hero title in their homeland. They will also be awarded a financial bonus and the World Cup trophy, which is made of 18 karat gold. There are many firsts in this year’s World Cup, and it may prove to be the most exciting World Cup yet.